"...Clemens Mitscher created his Opfer series with very similar portraits, using the same Minolta montage unit from the Landeskriminalamt Düsseldorf in 1987, and he showed them in the Brotfabrik Berlin in 1994 in the exhibition Staubsaugerbeutel und Phantombilder. The fact that they appeared on the cover of Kritische Berichte, Zeitschrift für Kunst- und Kulturwissenschaften that same year and that Jean-Christophe Amman, curator of the German Pavilion of the 1995 Venice Biennale, knew Mitscher’s project, might suggest that Ruff saw Mitscher’s work, an aspect of the series that Ruff’s historiography hasn’t reflected upon. The only occurrence in which the two projects have been connected can be found in a text by Theo O. Immisch in the catalogue of a “post-photographic” exhibition project in which Mitscher’s work was exhibited. But more than the antecedence of the Opfer series, it is the permeability of Thomas Ruff’s Porträts that ought to be underlined. Although formally very close to Nancy Burson’s composites or Mitscher’s work, Ruff will rather be inscribed in historical forms of a scientific discourse addressing body typologies (i.e., anthropometry) or contemporary forensic science, while the other two photographers will be associated with contemporary implications of morphological and technological change. The documentary tradition clearly orients the reading of his photographs..." 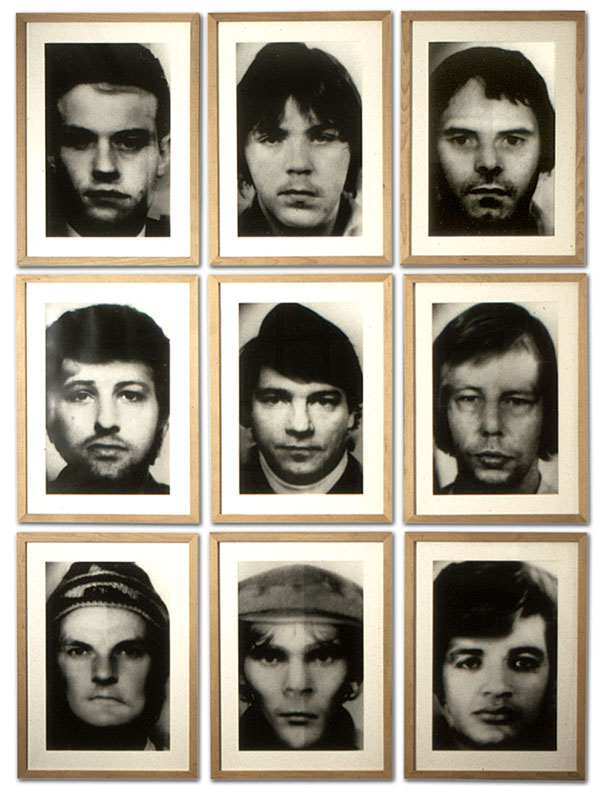